Skip to content
JENNIE OH BROWN, Flutist; Artistic/Executive Director, Ear Taxi Festival; Artistic Director, Picosa, an ensemble collective. Jennie’s solo album, Giantess, was featured in “Howard Reich’s Best Classical Albums of 2019,” (Chicago Tribune). She is the creator of Credo Flute, a flute intensive program at Elmhurst College, and New Music Chicago Presents, as well as an active performer and competition coordinator for the National Flute Association. She is a graduate of The Eastman School (DMA, MM), Northwestern (BM), and Interlochen (HS), and serves on the faculties of Elmhurst and Wheaton colleges. (Chicago, IL) 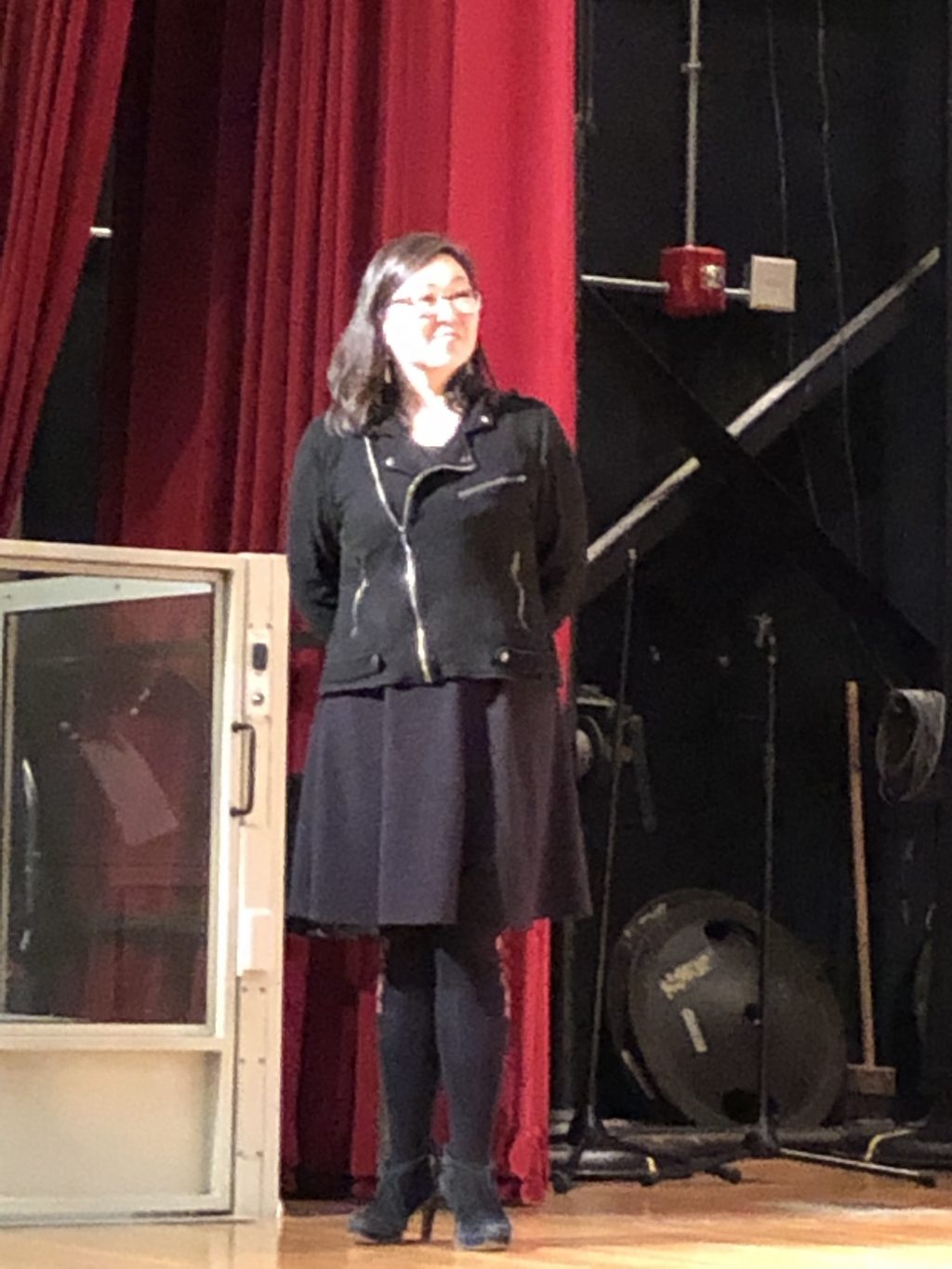 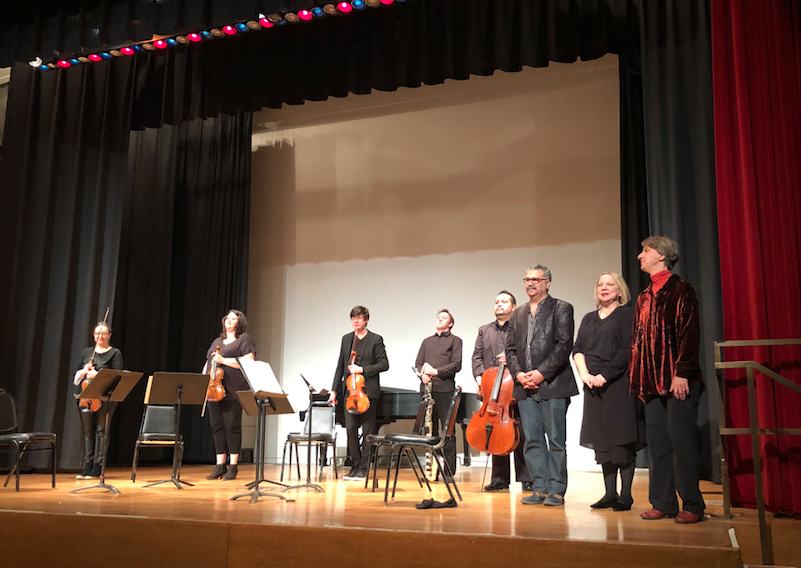 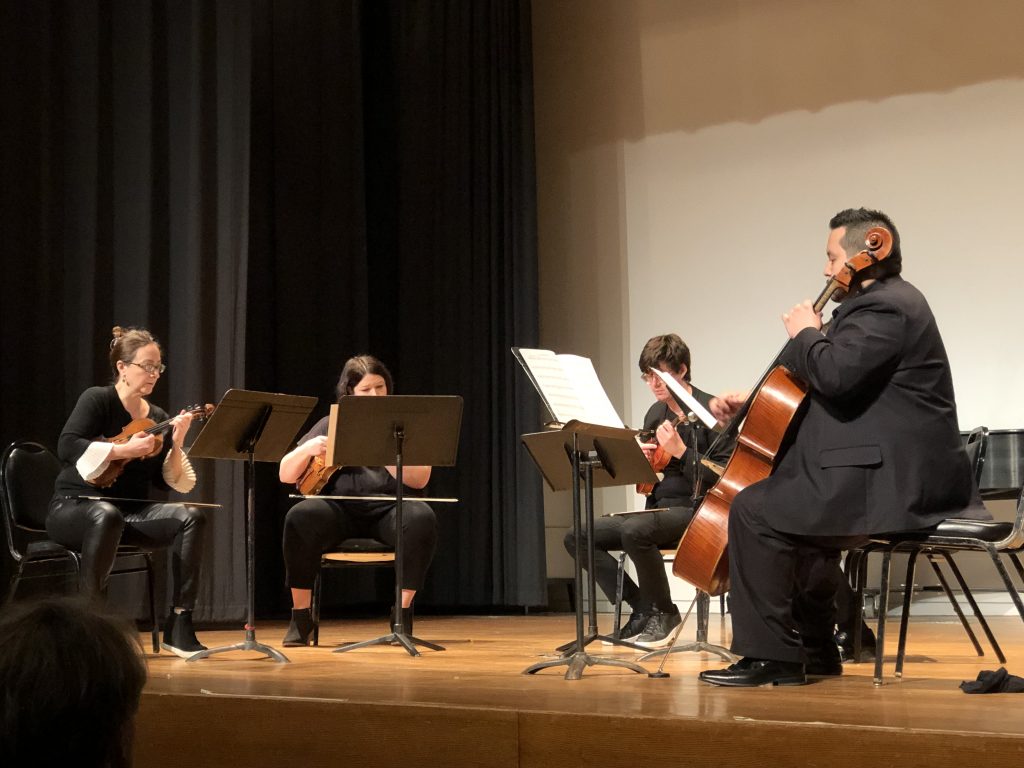 The Chicago Premiere of TITAN for Bass Clarinet and String Quartet.

I could not be more thrilled that Howard Reich, Music Critic of the Chicago Tribune, chose to feature New Music Chicago Presents…  the concert series that I developed and curate.

Join us every THIRD THURSDAY at NOON each month for contemporary music written since 2000 by living composers!  Every concert is free and held in Claudia Cassidy Theater at the Chicago Cultural Center – 78 E Washington.  I would love to see you there!

I’m so thrilled to announce that I am going to be joining the faculty of Interharmony International Music Festival for Session 1: July 2 – 14. Flutists (all ages!)

If you’d like to join me this summer in Italy for great solo masterclasses, orchestra and chamber music please be in touch! The early application deadline for my students is extended to March 1. I would LOVE to see you there!

Picosa performed for Live from WFMT with Kerry Frumkin last night with an illustrious audience of guests.  It was a wonderful broadcast filled with interesting conversations.  If you’d like to listen, feel free to click here.

Debussy – Prelude to the Afternoon of a Faun, transcribed by Jonathon Kirk

April and May were unusual months for me on the publishing front!  In April, I enjoyed being interviewed by Julie Marcotte, editor of Pipeline Magazine and local professional, to talk about the juggling act that so many of us share who manage both families and careers.  It was fun to speak openly about the fun and struggles of these two aspects of my life that are so precious to me.

In the May issue of Flute Talk Magazine, editor Patricia George asked me to contribute a “Meet the Pro” column on any topic of my choosing.  So, I chose something that I thought might be useful to a broad segment of our flutist population: performance anxiety.  I hope that readers found it useful!

If you are not already a member of the Chicago Flute Club and/or a subscriber to Flute Talk Magazine, I highly recommend both!  I learn so much every time I read a Pipeline or a Flute Talk Magazine, and the communities of flutists who contribute to both of these periodicals and the Chicago Flute Club are dedicated accomplished professionals.  Check them out!

Read about my upcoming events!

The free Chamber Mondays Series hosts an interesting variety of musicians and musical styles. Concerts are held every Monday at 12:15 pm in the breathtaking Preston Bradley Hall of the Chicago Cultural Center. Concerts are sponsored by the Chicago Department of Cultural Affairs and Special Events (DCASE). Chamber Monday concerts are a great lunch break if you work or attend school downtown. These concerts are also an excellent opportunity for music students to network, watch and learn from professional musicians.

Classical music needs to evolve in order to stay relevant and attract new, younger audiences. Ensembles like Picosa help expand the definition and perception of “classical” music. Picosa looks forward by choosing to play the works of contemporary composers using contemporary technologies. Picosa links the present and future with the past through it’s performance of standard works composed by the “masters” of classical music. Visit PicosaMusic.com to learn more about Picosa.

Picosa played to a receptive and appreciative audience. Picosa’s performances were well rehearsed and professionally presented (even though the room seemed unusually cold). I enjoyed the diversity of music they performed. It’s always exciting to discover something new during my exploration of Chicago’s music scene. Picosa performed works by a number of contemporary composers I had not previously heard of. Jonathon Kirks arrangement of Prelude to the Afternoon of a Faun worked very nicely for the Picosa ensemble. My wife and I both enjoyed the concert. I highly recommend you schedule time to see a Picosa performance.

Mondays performance included a unique opportunity to hear flutist Jennie Brown perform “Wraith” accompanied by the composer Jonathon Kirk. Jonathon Kirk used contemporary digital effects technologies to interact and react in real time to Jennie Browns live, electronically modified flute performance. What makes this type of performance especially unique and interesting is it can never be performed exactly the same way twice. Cool! They both did a great job.

Wraith for flute and electronics by Jonathon Kirk

Prelude to the Afternoon of a Faun for flute, clarinet, violin, cello, piano by Claude Debussy. Arranged by Jonathon Kirk.

I’m incredibly grateful to the many listeners of my new CD “Looking Back: Flute Music of Joseph Schwanter” (Innova Recordings #919, 2015) and for the following enthusiastic responses.  To purchase a copy, please click on the album cover image below.

“Brown plays Schwantner with firm technique and clear soaring sound. She understands the music and plays with conviction and joy!” Barbara Siesel, The Flute View, 2015.

“In Looking Back, for flute and piano, the outer movements affect a rhythmic pulse, constant and gradually changing, which brings a dynamism that does not obscure, but rather is combined with catchy melodies, subtly tinged with melancholy, intertwined with balanced and pungent interplay of the two musicians. In the slow middle movement the flutist sings with an even voice, a mournful and virtuosic singing.” (translated from Italian) Filippo Focosi, Kathodik, 2015

“Brown, the flute professor at Elmhurst College, is to be applauded for assembling these musicians to beautifully perform the works of Schwantner.  If you are looking for new repertoire, this CD offers several excellent choices.”  Patricia George, Flute Talk, 2016.

“The musicians care about the music, and they put a lot of energy and expression into it.” Stephen Estep, American Record Guide, 2016.

Our third session of Credo Flute will be held on July 24 – 29, 2017 on the beautiful campus of Elmhurst College!  More news to come!

I am so incredibly grateful to Jennifer Slaughter whose thoughtful review of my Innova album “Flute Music by Joseph Schwantner” was featured in the most recent edition of the National Flute Association’s Flutist Quarterly (Fall 2016).

It’s been such a joy to showcase these fabulous works by Pulitzer Prize winner and former Eastman faculty member Joseph Schwantner, and I sincerely hope we see these move into the standard repertoire. They are incredibly fun to play and dynamic additions to any concert program! More details to come, but I’m especially thrilled to present all of these works (Black Anemones, Soaring, Looking Back, and Silver Halo) together with his fabulous Taking Charge for flute, percussion, and piano, which was written to celebrate my former teacher and mentor Walfrid Kujala, at Constellation Chicago on May 21, 2017. Hope you’ll join me and my fabulous friends to hear this great repertoire! 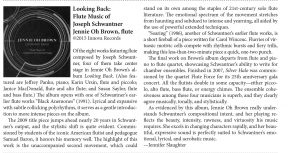 I’m so grateful to have Looking Back: Music of Joseph Schwantner recognized as an honorable mention in the Best of 2015 Classical Music category!  Many thanks to George Grella, Big City Blog! 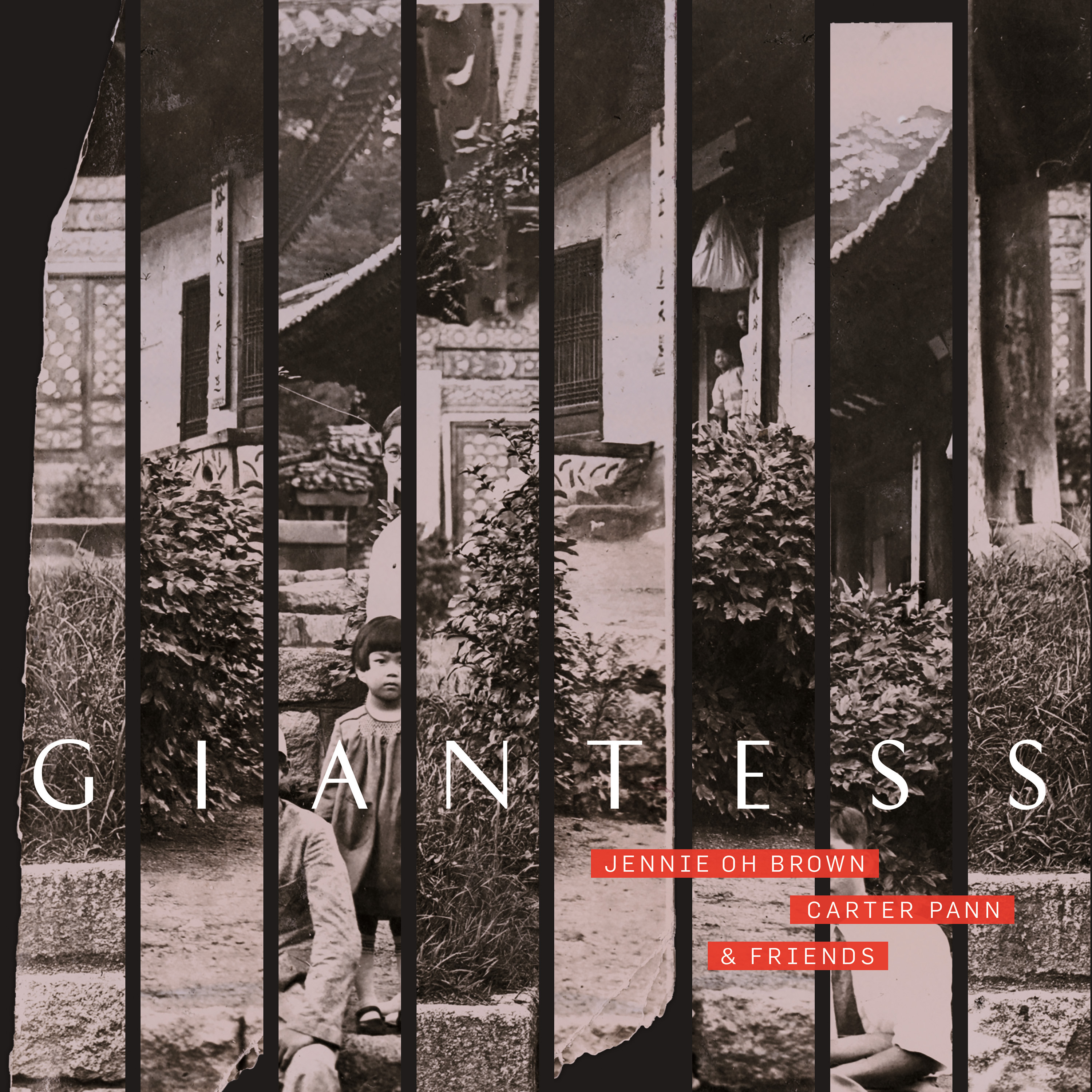 Repost from @chambermusicamerica
It's usually around this time that I shut down my socials, so that I can be present for my loved ones and my faith during the Christmas season. I just have to close 2021 with a thank you to @2nd_fiddle and @chicagotribune for including @eartaxifestival among this illustrious list of Chicago artists and events. (Link in bio) In retrospect, it honestly feels like a minor miracle that the festival was able to launch over the span of approximately 4 months in between delta and omicron variants, but I'm so incredibly grateful that we all had that time to celebrate our community together. Looking forward to seeing everyone and more great art and music in 2022!! ❤️❤️❤️❤️
So thrilled to see the amazing artists highlighted in this year's Chicagoans of the Year in the @chicagotribune ! @aphorismstudios_ @angeltheoracle @kartemquin and more! As always, the ever insightful @2nd_fiddle truly hit the nail on the head. ❤️
Launching a new series in a venue as stunning as the Epiphany Center for the Arts is a thrill, and I'm so grateful to David Chase, @themikejeffers, and Kerry Sheehan for making it happen! Tonight marks the last performance of this concert program with a free concert at Elmhurst University's Irion Hall - Buik Recital Hall at 7pm, part of our ongoing residency at Elmhurst University. (Students can receive MUS 100 credit!) I'll be sad when this concert closes, but grateful as always to perform with musicians I love and admire. (PC: @gabbierona, flutist extraordinaire)
Posing for Dolly and Murph! ❤️❤️❤️
@picosamusic is in the midst of our first season concerts since the pandemic began in 2020, and we are kicking it off with a new ongoing series at @epiphanyarts201 Epiphany Center for the Arts. On December 5th, come by before (or stay after) the show for pub-style dinner offerings at the café bar, and then join the 5:30 tour of this phenomenal new venue with @themikejeffers. This West Loop jewel is seriously among my favorite spots in Chicago. At 6pm, come up to Sanctuary Hall for a sparkling and fun program or jump onto the livestream with the Superb Six of Picosa! Concert and livestream tickets are on sale, and student tix are $10. Performing musicians, it is worth your time to come check out this space. PHENOMENAL. <3 See you there! #chicagomusic #chambermusic #beethoven #shulamitran #gliere #joantower #debussy #faun #westloop #chicago